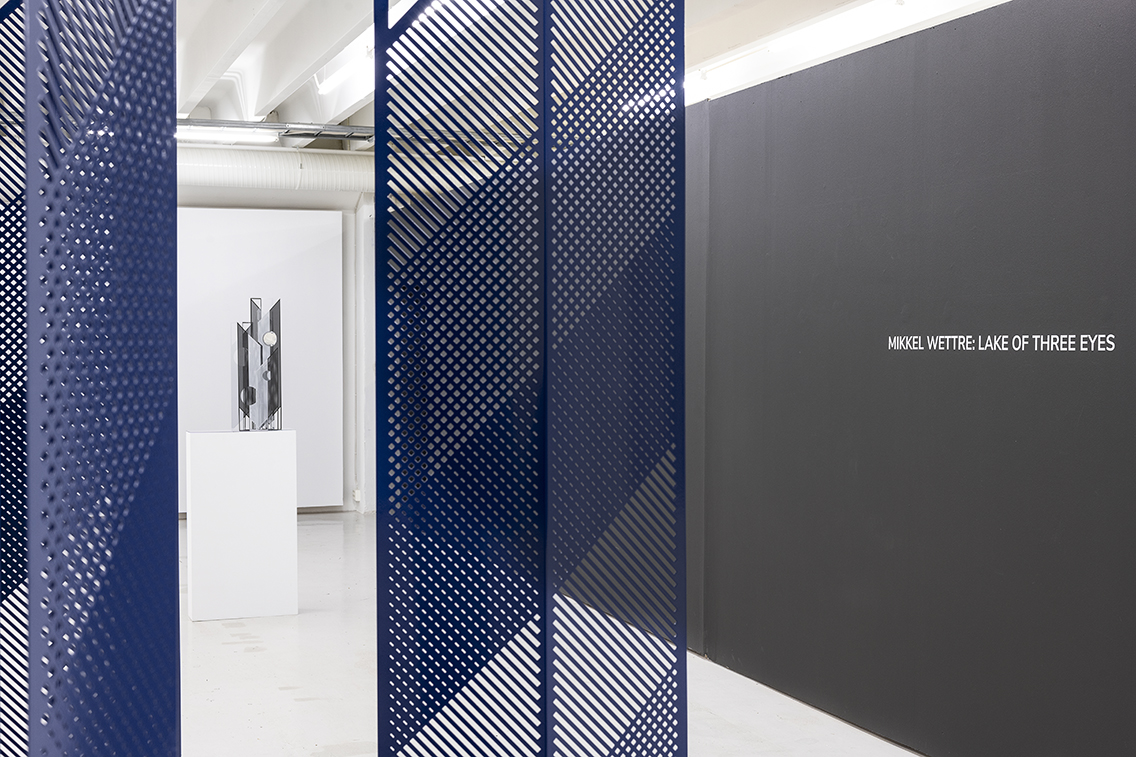 As part of the second FeLT Workshop Seminar of the year FeLT member Mikkel Wettre will present his work in the presentation Twilight Apparatus.

The presentation will be about his recent exhibition Lake of Three Eyes that was centered around sculptural works created as part of his artistic research the last few years.

Thematically the works deal with perception, and particularly what he perceives when he is distracted and not paying attention. He has been interested in different states of consciousness and how unconscious processing of phenomena at the edge of his awareness together with different technologies shapes his imagination and forms his creativity.

Formally the works consist of geometrical shapes and patterns in different materials that account for an interplay between signals and structures, where his tuning of the medium involves physical production and spatial organization. The objects, or devices, represent an intersection between substances where interface is experienced through both manual interaction and through visual textures that are manifested in various materials ranging from industrial powder-coating and mirrored chrome to porous clay and wood.

He will talk about the processes involved in developing the works, how it relates to technology as well as some key terminologies and concepts that influence his thinking.

To learn more about Mikkel Wettre