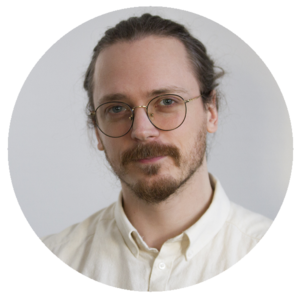 Trym A. E. Lindell is a Norway based scientist and artist with a multidisciplinary background in Fine Arts, Psychology, Cognitive Neuroscience, Computer Science and Mathematics. Topics he studied at Liverpool Hope University and University of Oslo. He is currently a Ph.D candidate in Artificial Intelligence at OsloMet, working on developing hybrid bio-artificial systems with the aim of creating sustainable AI.

Trym has worked at the intersection of art and science since the beginning of his academic career. He focused his early research on Neuroaesthetics, the neural and psychological underpinnings of aesthetic feelings. This, and a desire to understand the topic through synthesis rather than reductionism led to an interest in simulation of neural systems, and then artificial intelligence.

His current artistic work utilizes complex system modelling of neural networks and data visualization to explore emergent aesthetics and generative art at the edge of chaos and centers around the boundary between the human and the artificial. Both in the form of artificial intelligence, and more generally, artificial life.

Get familiar with their work: